Gwinnett County, Ga. is located just east of Atlanta and with a population of over 900,000 is the second largest county in the state. Of those 900,000 people, about 19% identify as native Spanish speakers according to U.S. Census data. So when Gwinnett County Public Library was chosen to be part of ULC’s Partners for Middle School STEM cohort, we decided to use that opportunity to create STEM programs in Spanish.

As the youth services manager, I was in charge of this project despite my inability to speak Spanish. But, I do know a lot about facilitating STEM programs. Meanwhile, we had several staff members who were great Spanish speakers, but didn’t have a lot of experience facilitating STEM programs. Together we created a series of programs focused on blending science and art. We found, with middle school students especially, the chance to be creative was highly appealing. Our programs consisted of electronic embroidery, creating paintings based on observations of cells under a microscope, video game character creation using Bloxels and a robotics program featuring LEGO Mindstorms.

We learned a lot of things 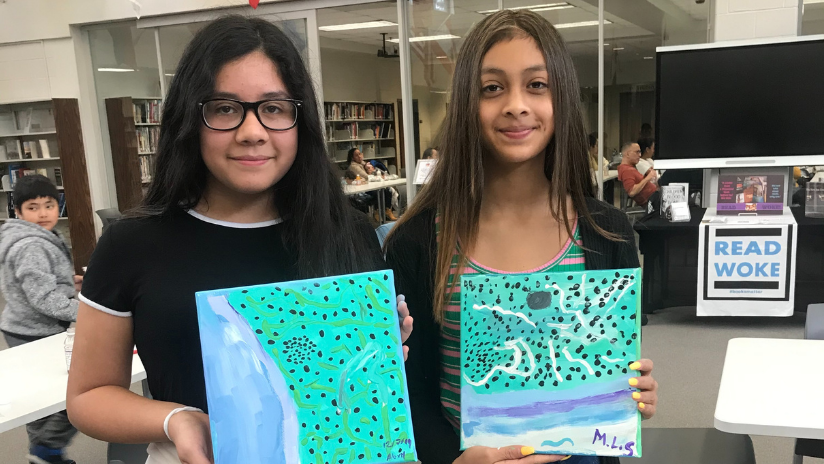 Hearing from one of our facilitators

I could list all sorts of statistics and data we collected from surveys, but I thought hearing from one of our facilitators would be more interesting. I sat down with Victoria Montes de Oca Perez, the manager of our Lilburn branch, for a conversation about her experiences with our program.

PR: When we put out the call for staff to help with this program you were one of the first to say yes. Why did you feel offering STEM in Spanish was important?

VP: “Because they represent a large percentage of the community we serve. Making things accessible for them so that they feel comfortable coming in and using our resources is important and I see programming in their language as a way of offering accessibility and comfort in a way that is approachable and engaging. I find that offering Spanish language programming, specifically in my branch where we have a large concentration of [Spanish speakers] is a way of reaching into the community and making community connections. They need to see the library is at least trying to represent them and their interests.”

PR: What were some of the challenges of doing STEM programs in Spanish?

VP: “I don’t have a lot of experience doing STEM in Spanish. I’m bilingual but I had never done science in Spanish because most of my schooling was in the U.S. So a lot of the info was new to me and there was a certain level of research that was involved to make sure I had the correct terminology and I did the content of the library program justice.”

PR: You mean you didn’t just know how to talk about microscopes and circuits in Spanish?

VP: “No. I use Spanish to talk to my grandmother — we don’t talk about microbiology. Part of what I offered at every session was a vocabulary list and I spent a lot of time picking the most correct and not just literal translation. Thinking about who my target audience was and where they came from. I was born and raised Cuban, so the way I say something might be different than someone from a country in Central America. So when that happened, and they said ‘Oh, this isn’t how I’d say this’ then I’d use that as segue into an impromptu discussion about the etymology of Spanish.” 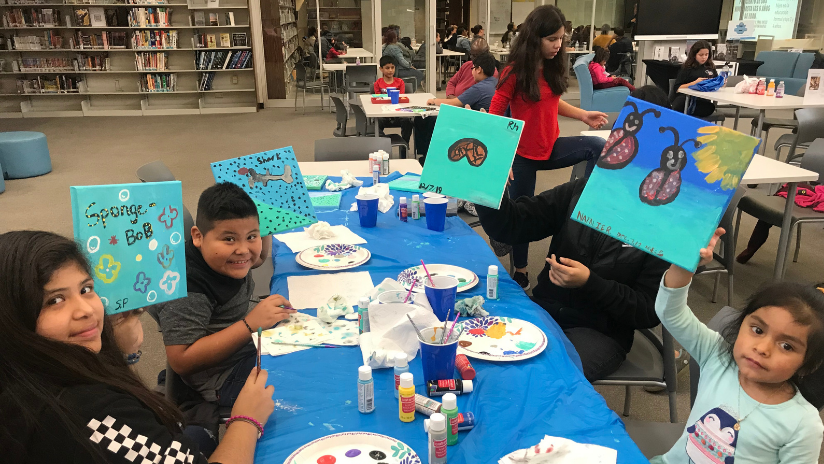 PR: You faced some interesting situations as you tried to implement your program series. Can you talk about those?

VP: “Sure. We planned out a series of programs that would start in January 2020 and they would happen every Saturday I worked, so about once a month. Our first event, in January — we had a snowstorm. I don’t know if people know this about Georgia but it doesn’t snow here very often and so when it does, no one does anything. So we had less people than we planned for because everyone was outside the library, playing in the snow. In February, there was a tornado warning so we weren’t allowing people to come in or out. So we rounded up everyone in the branch who was interested and did the program with them. And then in March there was this global pandemic, so …”

PR: You had the complete 2020 experience?

VP: “Yes. We put our best effort out there but 2020 conspired against us. I am more than open to offering these programs in the future, once we can do in-person programming again. The people who did get to participate had a great time and there is clearly an audience for these programs.”

One more thing we learned

Things will go wrong, but that’s okay. You never know how what you’re doing today will impact what you do tomorrow. One of the great things that came out of this program is the stronger relationship between our Youth Services department and the Spanish-speaking branch staff. This summer when the library buildings were closed, we were able to offer our summer reading challenge entirely in Spanish. Our staff worked tirelessly to translate our entire Beanstack program and to create weekly programming videos, so everything we offered in English was also offered in Spanish. I don’t know if we would have been able to do that if we hadn’t already started forging connections. Looking forward, we hope to offer programming in a variety of languages. I think the biggest lesson we learned is that English doesn’t have to be the default. 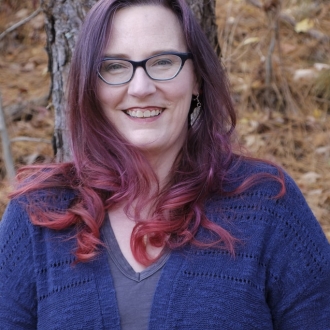 Patty Reeber is the youth services manager at Gwinnett County Public Library where she now spends her days learning how to shoot and edit video for virtual content. As much fun as she is having learning new skills, she is looking forward to the day she can safely get back to interacting with her favorite people, library kids. 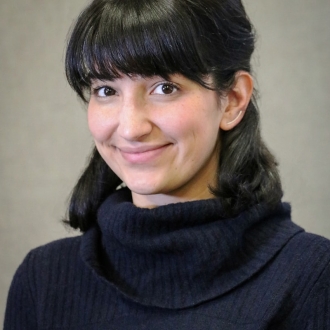 Victoria Montes de Oca Perez is a graduate of San Jose State University with a Master of Library and Information Science degree. She joined Gwinnett County Public Library in 2017 and has dedicated herself to working on bilingual programming and equity-related issues as a fluent Spanish speaker. Victoria currently coordinates language programs for the system and is the co-chair of the Equity Task Force. Additionally, she participates in GPLS's IDEA Committee, which dedicates itself to increasing and improving equity and inclusion practices throughout the state of Georgia. Victoria has presented on the topic of bilingual customer service at the Georgia Library Association Conference and the Public Library Association Conference. Through her work, Victoria does everything she can to empower second language speakers to use their skills in the professional setting.

About the ULC Partners for Middle School STEM Initiative

Developed in partnership with the National Center for Interactive Learning at the Space Sciences Institute and funded by the Institute for Museum and Library Services, this two year project focused on building community partnerships that resulted in increased science, technology, engineering and math learning opportunities for low-income middle school students in urban areas.

This project was made possible in part by the Institute of Museum and Library Services grant LG-95-18-0025-18.