Elevating the library’s community role generally happens one small step at a time. Luckily, we get to choose the direction of our steps. If we satisfy one library user during the course of one interaction, we are then one step closer to becoming (and, ideally, remaining) a valuable community asset. If we disappoint, we lose potential voices of support in our community.

As a case in point: I regularly conduct library resource trainings for my business and nonprofit communities. Nearly a dozen years ago, one of those trainings was attended by a cohort of newly minted AmeriCorps volunteers who were going to be interacting with local governmental agencies. A young woman who attended that training 12 years ago is now a City Councilwoman, holding a seat on the body that controls the funding for my library.

In the intervening years since that initial training, she became a power user of the library’s resources and developed a solid understanding of not only our current capabilities but also the library’s potential to serve our community. Being able to form that connection years ago, starting from a position of the library offering assistance, rather than asking for it, is a solid path to forging powerful relationships.

Beyond this one example, I’ve found that a “small steps” mindset is generally valuable for leading in the most productive direction with our elected officials. Why? Most importantly, because elected officials come and go.

Working with a “small steps” frame of mind, rather than scheming to orchestrate a showstopping event that will somehow secure library funding in perpetuity, is a much more effective and sustainable approach.

To be clear, I’m not bashing any local elected officials. They do important, essential work. Yet, people who run for political office often have a defined worldview and believe they have all the answers to the problems facing us, and libraries need to be realistic about the time and energy we put into trying to change their minds, especially since they will move on in a short number of years.

While we absolutely should be forging alliances with elected officials, I would argue that libraries need to be focusing much of our time and energy elsewhere in order to build sustainable local government relationships. Rather that pursuing elected officials, I have found it is often more effective to focus on career government workers.

If, like me, you are interested in building relationships based on support for the business community, don’t just reach out to City Council members. Reach out to the City Council research staff as well. Instead of focusing on the mayor, initiate contact with city business development staff.

Career professionals tend to keep their tenure even as various elected administrations cycle in and out. In an ideal world, these professionals are turned to as a source of expertise and institutional memory by newly elected officials. Rather than chasing an ephemeral and sometimes elusive target (everyone wants the ear of the mayor, right?), I have found greater success by enmeshing the library with municipal departmental staff than trying to get an audience with elected office holders.

For any librarian looking to grow their local government ties – especially when working with an extended time horizon – engaging with newly hired staff in any given city department can be especially useful. As new hires, this cohort is often eager to prove themselves in their new positions and most have not yet thought of the public library as an ally or as a career development asset.

For example, roughly a decade ago, I reached out to my city’s Human Services department, the agency that coordinates the city’s response to housing and food assistance. From that initial engagement, I forged a working relationship with a new hire at the time and now, some years later, that person is the manager of the Human Services department. Over the course of years and years, the library has been tapped by the department to provide assistance ranging from grant research to demographic analysis to outreach to the business community. Even today, the flow of work and referrals coming from this one department is stronger than ever.

Now more than ever in 2020, it is tempting to give into apocalyptic thoughts of certain doom for libraries — that our value won't be recognized, our budget will be slashed and then it is a downward spiral from there to irrelevance. (Or maybe that’s just a “me” thing.) It is equally tempting to dream of just the opposite and pin our hopes on dramatic breakthroughs — that we will make the perfect presentation to our local governmental body, winning over hearts and minds and the coffers of our libraries will overflow.

But here's the truth of the matter: neither scenario is realistic. Working with a “small steps” frame of mind, rather than scheming to orchestrate a showstopping event that will somehow secure library funding in perpetuity, is a much more effective and sustainable approach. Here are some suggestions for maintaining step-by-step relationships with career government officials, based on my experience: 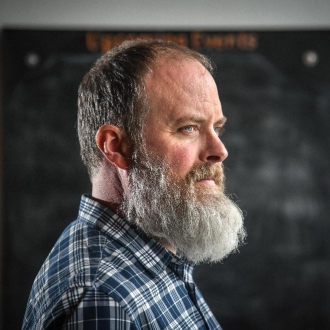 Since 2006, Mark Pond has been the business research librarian with the Spokane Public Library. Prior to that, Mark worked in a similar capacity for the Seattle Public Library as well as the University of Washington Libraries. Mark has been instrumental in creating a strong partnership between the Spokane Public Library and the regional business ecosystem. Having curated a unique set of business research tools at spokanebusiness.org over the past decade, the library has been well positioned to play a strong supporting role in the Spokane region’s business response to COVID-19. Mark is currently a member of ULC's Entrepreneurs and Small Businesses action team, one of six member-led teams spearheading ULC's Going Forward from the Pandemic Initiative.