When Austin Public Library returned to doing in-person, indoor programming at our locations in the Spring of 2022, it was a unique moment in time for libraries. Besides all of the disruptions brought on by the pandemic, we also found ourselves in the midst of a widespread nationwide campaign to censor or ban books from libraries. These bans and censorship efforts were happening nowhere more than in our home state of Texas.

We knew that we had a responsibility as the largest library system in our region to stand up for the freedom to read. APL had published a statement a few months earlier responding to the book bans happening in Texas and across the country, with APL Director and ULC Vice Chair Roosevelt Weeks stating that “the freedom to read is a right that must be protected in our schools and public libraries.” As library services, hours and in-person visits gradually started to return to something like a pre-pandemic “normal,” we also wanted to demonstrate that our commitment to the freedom to read was not just a statement of principles — we wanted to put it into action.

“The freedom to read is a right that must be protected in our schools and public libraries.”

At the same time, the APL Programs and Partnerships team was making an intentional effort to reconnect and rebuild relationships with community partners that had atrophied during the previous two years of pandemic restrictions. All of these factors — the return to in-person programming, the plan to shake the cobwebs off of our relationships with community partners and the desire to proactively demonstrate our commitment to protecting the freedom to read — came together in the form of “Banned Camp.”

Banned Camp is a collaboration between APL and BookPeople, a local Austin bookstore and the largest independent bookstore in Texas. It was conceived of as a series of free events for the Austin community to come together, engage with books that have been banned or challenged and be part of the conversation around the freedom to read. Together with BookPeople, we developed the idea to do a summer-long series of events for kids, teens and adults all having to do with the issues of book banning and censorship and to share a unified brand.

The series was kicked off with a talk by author George M. Johnson, speaking about their book “All Boys Aren’t Blue.” The Banned Camp events themselves ranged from author talks, to teen discussions about how to advocate for the freedom to read, discussions for parents on how to support their kids and a themed selection for some of our existing book clubs. Events took place at APL branches, at BookPeople’s store and at other locations including parks throughout the city.

Because the majority of the books being targeted by the recent wave of book banning are by and about LGBTQ+ people and/or people of color — many of the books that have been a part of Banned Camp events — we intentionally made sure that those communities were reflected in the books and activities that were chosen. We also had events tied to classic books that are frequently among the most challenged, including “1984” and “The Color Purple.”

Collaborating with BookPeople was a big part of what made the series a success as we were able to benefit from their relationships with authors and publishers. We could also promote the series through BookPeople’s own channels to reach those in the community we might not have been able to otherwise. Doing Banned Camp as a series with one unified brand also helped to support both planning and marketing individual events. Librarians in branch libraries could create program plans at whatever level of complexity for which they had capacity or saw community demand, and their promotion would be unified under the Banned Camp brand so that even “small” events got promotion. 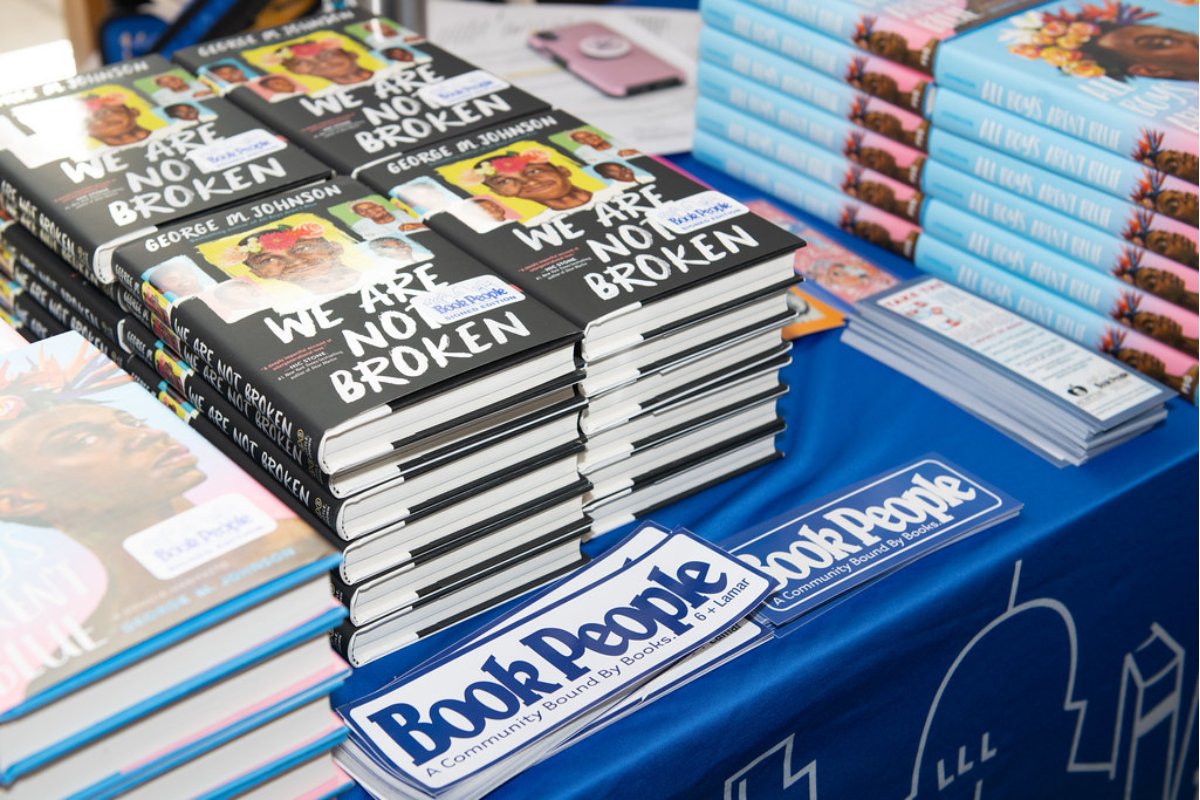 The response from the community to the series was overwhelmingly positive – so positive, in fact, that we extended the series, adding events throughout the summer and even creating a Banned Camp-themed reading challenge for Banned Books Week in September.

As a large urban library system with a supportive city council, we knew that APL was in a position luckier than some other library systems in our region. We knew that we would not face some of the same pressures to remove materials from our collections as others. Because of this, we felt a responsibility to stand up against library censorship and book banning. There was some negative response which we anticipated, but by and large the reaction from the community was very positive. It was a reminder that those who support the freedom to read in our community significantly outnumber the few who would want to see materials taken off shelves and banned from circulation — sometimes those people who do support the freedom to read just need an opportunity to express that support.

We were grateful to have been able to give them that opportunity with Banned Camp. 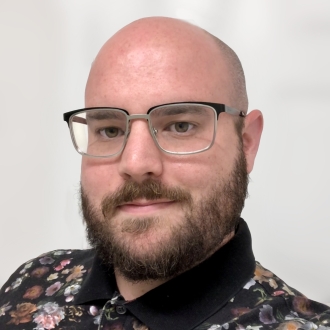 Baylor Johnson is the public information & marketing program manager at Austin Public Library where he oversees the Marketing, Programs and Partnerships and Outreach teams for APL’s Central Library and twenty branch locations. Prior to joining the staff at APL in 2021, he spent 13 years in communications, marketing and outreach roles, including six years as the communications director for the ACLU of Florida. 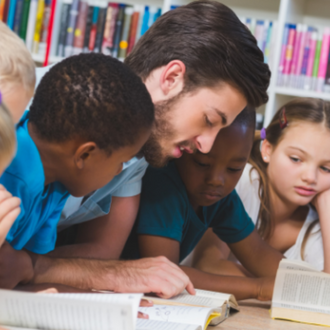 The Freedom to Read is Worth Fighting For

Learn about the detrimental effects of book bans and how you can take action to protect the power of books. This article is authored by Jinnie Spiegler, director of curriculum and training at the Anti-Defamation League. The Library, Democracy and You